Ruby(2020) is a dance film performed, filmed, and edited by Jennifer D. Yackel. It premiered on DP TV commissioned and presented by Dixon Place. 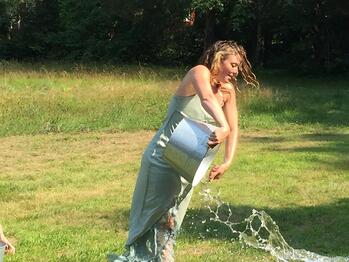 ​Waterwise(2015) is a site-adaptive with the objective of exploring the primal nature and strength of femininity using the icon of Sirens from Greek mythology as inspiration.  It has been described as being graceful and irreverently playful.

The work has seen many iterations ranging from two to eight dancers.  It's been performed in outdoor spaces as well as in traditional theaters. The original soundscape of the work was a mixture of prerecorded percussive splashing by musician K’naan, as well as live splashing and vocalization from the dancers using water within basins.  In 2017 composer Cory Neale was commissioned to create an original score for the piece. Video projection created by Douglas E. Draper Jr. is used during theatre performances.
​
The work was created in Residence with the NADINE Project at the Dragon's Egg in Ledyard, CT.

One Small Thing(2013/15) is a solo created and danced by Jennifer Yackel to the music of Ned Rorem.  The work was developed during a significant personal event in Jennifer’s life.  The work has been described as being beautiful and deeply moving with it’s powerful exploration of longing, yearning, and melancholy.

​The first half of the work was created and premiered in 2013 in residence with the NADINE Project.  The full work was premiered at the Arts Center of the Capital Region in Troy, NY in 2015.  It has also been performed at the American College Dance Association Welcome Concert in West Chester, PA , Salisbury University’s Spring Dance Concert, and the InHale Performance Series in Philadelphia. 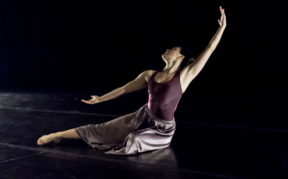 Strega is a solo created in residence with the N.A.D.I.N.E. Project at the Dragon's Egg in Ledyard CT.  It has been performed for InHale Performance Series.

﻿Un﻿veiled﻿ is a duet set to the music of Vivaldi played by Yo-yo Ma and Bobby McFerrin.  It was created in residence with the N.A.D.I.N.E. Project and has been performed for An Evening of Duets in Philadelphia, PA. To view clips from the piece click here.

Dreaming Of You is a solo set to the music of Tom Waits.  The piece has been performed at Choreography on The Edge, an annual showcase at the Byrdcliffe Theater in Woodstock, NY.  The piece was performed again for At First Glance, a performance that is self produced by the dancers of the Ellen Sinopoli Dance Company at The Arts Center of the Capital Region in Troy, NY. 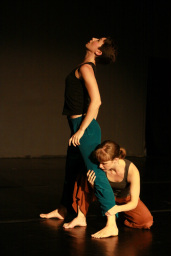 Photo by Susan Pardy
Surrounding evolved from an improvised solo performed with percussionist Brian Melick and musician Zoe B. Zak as part of a residency at RPI's Chapel and Cultural Center.  It was premiered as a structured piece in 2010 at Choreography on The Edge and then again for At First Glance.  Click here to see the improvisation that influenced the final piece.


Limiter is a duet set to the music of Arvo Pärt.  It was premiered in July of 2009 at Choreography on the Edge.   The piece was also presented in October of 2009 in At First Glance.   Most recently it was presented at Norristown Dancefest in Pennsylvania.  To view a clip of the piece click here. 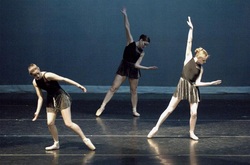 Beneath The Surface is a contemporary ballet piece set on six women to the music of Apocalyptica and Kronos Quartet.  Jennifer collaborated with her father Scott Yackel Sr. who wrote an original poem to open the piece.  Its premier was in April of 2006 at the Maryland Hall for the Creative Arts as part of Ballet Theatre of Maryland's Directors Choice repertory performance.  To view a clip of the piece click here.
Powered by